Modern living minutes away from the Sheffield City Centre

Great Central is a unique new addition to Sheffield, one of the UK's fastest growing and most exciting cities. Comprised of 131 elegant apartments, Great Central will answer the ever growing need for private rental property in the city. The development is inspired by this modern city and will be a fantastic contemporary addition to the Sheffield skyline.

More than £ 2.5 billion is being invested in Sheffield over the coming decade to continue the development of the city centre. A city which is already extraordinarily popular with businesses and young people. Sheffield has Kelham Island which is a popular area for dining out, O2 arena which hosts many musical and artistic events as well as University of Sheffield which is a world class university.
Sheffield also has a Composite Technology Center built by McClaren Automotive and is the site for Boeing UK aircraft manufacturing operations.

Great Central is less than a mile away from the Sheffield city centre and Sheffield train station as well as near the proposed home of the under construction HS2 UK Rail Expansion Project, when complete travel time by the rail to London will be 80 minutes. The line is currently set to occupy the Sheffield Victoria Station which is in close proximity to the property.

Two commercial units located inside the building which could be home to a business such as cafe or restaurant, the building is also close to Swinton Street for pedestrians and cyclists. Great Central also has a city view with Kelham Island on the opposite side as well as being less than a mile away from the city centre and close to famous universities like Sheffield University. There is also Graves Art Gallery and Fargate Shopping district which is sure to please residents of this area. 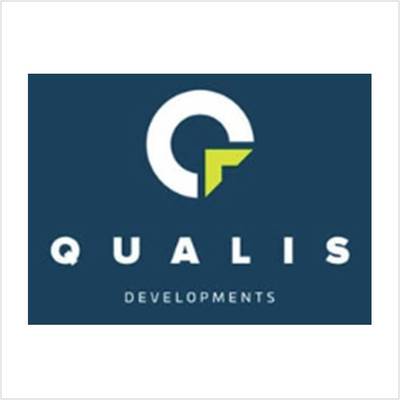 Qualis Developments is proud to design and build exceptional homes in the UK's premier cities. We are commited to the highest standards of construction and the needs of the occupier are taken into account at every stage of development from the initial plans to the final finishing touches. A Qualis Developments homes is built to stand the test of time and serve it's local community for many years to come, with the outstanding quality of the build suiting every type of occupier and lifestyle.

Find Properties by Number of Bedrooms in South Yorkshire