Important Facts:
• The plan is to home up to 50,000 people and 1,500 businesses.
• The city will be 15 degrees Celsius cooler than the surrounding area because of its unique design – the 148-feet high wind tower which helps push cool breeze through the streets.
• The Masdar Institute of Science and Technology moved there in September 2010 and the HQ of International Renewable Energy Agency is located there too.
• Mix electric vehicles and clean-energy vehicles will be used for transportation within the city. Currently there is a bike-sharing station available, but paths haven’t been built yet.
• In addition to tenants such as General Electric and Mitsubishi, it also the regional HQ for Siemens - the most energy-efficient structure in all of Abu Dhabi (as per government ratings)
• There are no light switches or water taps in the city. Movement sensors are used instead to cut consumption of light and water by more than 50%
• The city is powered by a 54-acre field of 87,777 solar panels, in addition to panels on roofs. 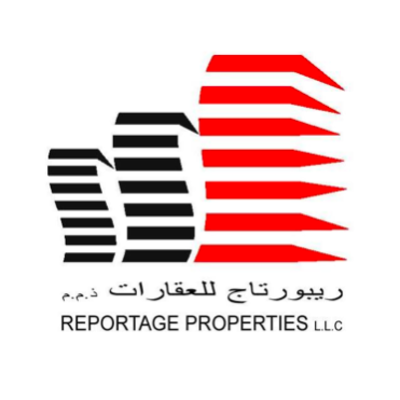 Established as a single entity in 2014, by shareholders with more than 30 years of international experience in property development and construction. The Reportage Group started their first project in Abu Dhabi and have subsequently grown in structure, size and number of projects. Now, a much larger conglomerate with several companies in the group under 'Reportage Properties LLC'. The aim is to provide innovative environmental sustainable housing solutions by developing and delivering property in Abu Dhabi which offers our investors outstanding value, completed over a timely delivery and creating homes with unrivalled standards of living from a household brand you can rely on.

Find Properties by Number of Bedrooms in Abu Dhabi