Located in one of the most exclusive contexts of Venice, the ex Molino Stucky complex, we offer for sale this prestigious and bright apartment elegantly furnished, located on the second floor with lift. The property is composed by a bright living room with kitchen, a bathroom with bath tube and a large elegant master bedroom. The apartment also benefits of a convenient concierge service. The apartment is perfect as a holiday home or as an investment property and it is sold totally furnished.

Giudecca lies immediately south of the central islands of Venice, from which it is separated by the Giudecca Canal. Giudecca was historically an area of large palaces with gardens, the island became an industrial area in the early 20th century with shipyards and factories, in addition to a film studio. Much of the industry went into decline after World War II, but it is now once more regarded as a quiet residential area of largely working-class housing with some chic apartments and exclusive houses. It is known for its long dock and its churches, including the Palladio-designed Il Redentore. The island was the home of a huge flour mill, the Molino Stucky, which has been converted into a luxury hotel and apartment complex. At the other end of Giudecca is the famous five-star Cipriani hotel with large private gardens and salt-water pool. 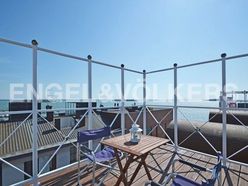 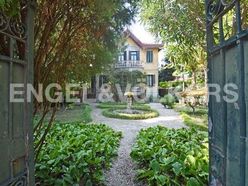 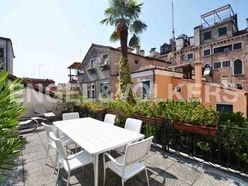