8 Most Expensive Areas to Own Property in Tokyo

Tokyo is ranked as one of the wealthiest cities globally and is known for housing the largest number of millionaires in the world outside of New York and London. So where exactly are all these wealthy elites living? In this article, we discuss some of the areas where the elite own real estate in Tokyo, so read on to discover where you might run into some of Japan's most wealthy individuals. 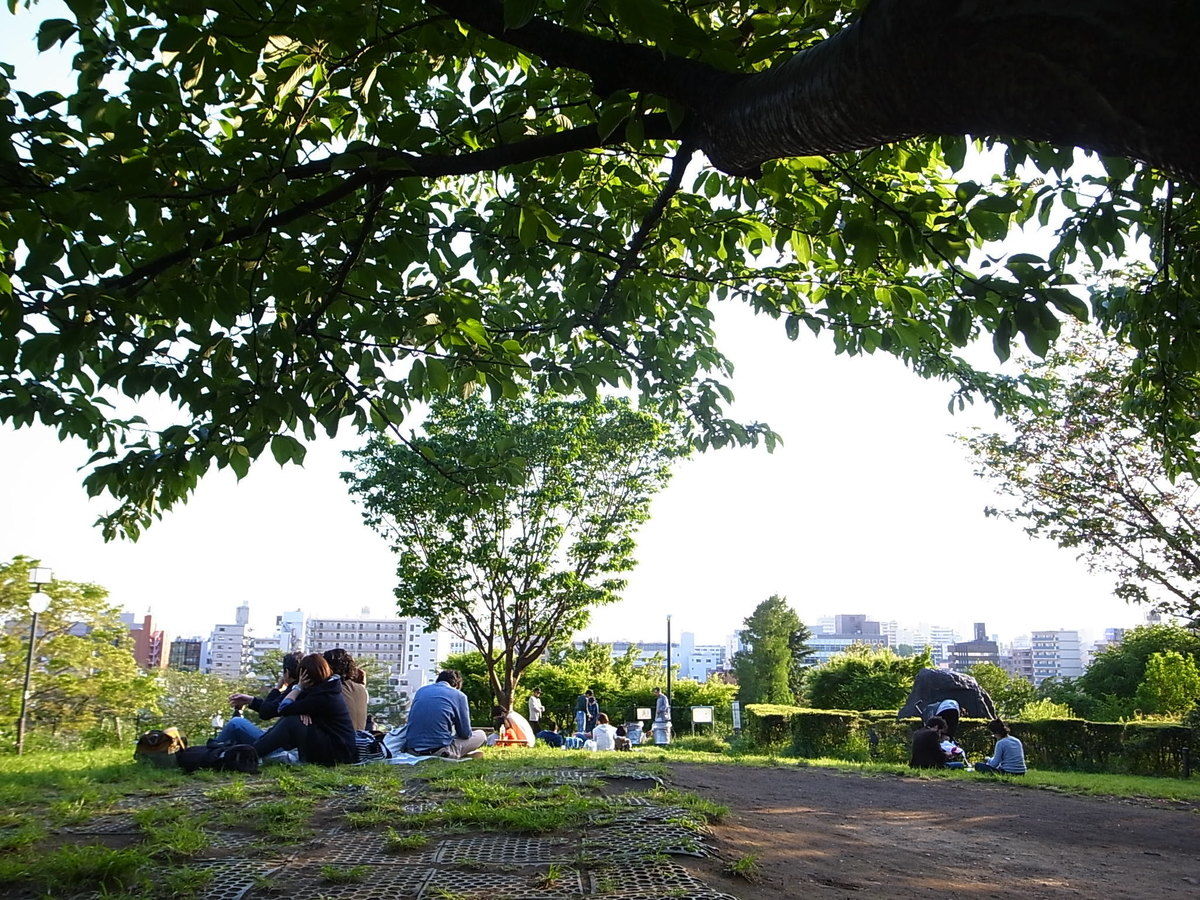 This neighborhood is nestled within the bustling commercial area of Shibuya, but don’t let that fool you—its reputation as a quiet, stylish, and sophisticated neighborhood has earned Daikanyama the nickname "Little Brooklyn." It’s perfect for those who want to feel close to nature even in the heart of the city, as there are many parks and plenty of beautiful greenery to stroll through. If you get thirsty after all that walking around, you can head straight to a local brewery to try some of the best craft beers Japan has to offer. With so much going on, it's easy to see why for many of the super-wealthy of Tokyo, this is the place to be. The Daikanyama lifestyle doesn’t come cheap, though—the current price to own property in Daikanyama averages around ¥3,031,201 ($27,708) per square meter. To get to this area, the nearest train station is Daikanyama Station on the Tokyu Toyoko Line. 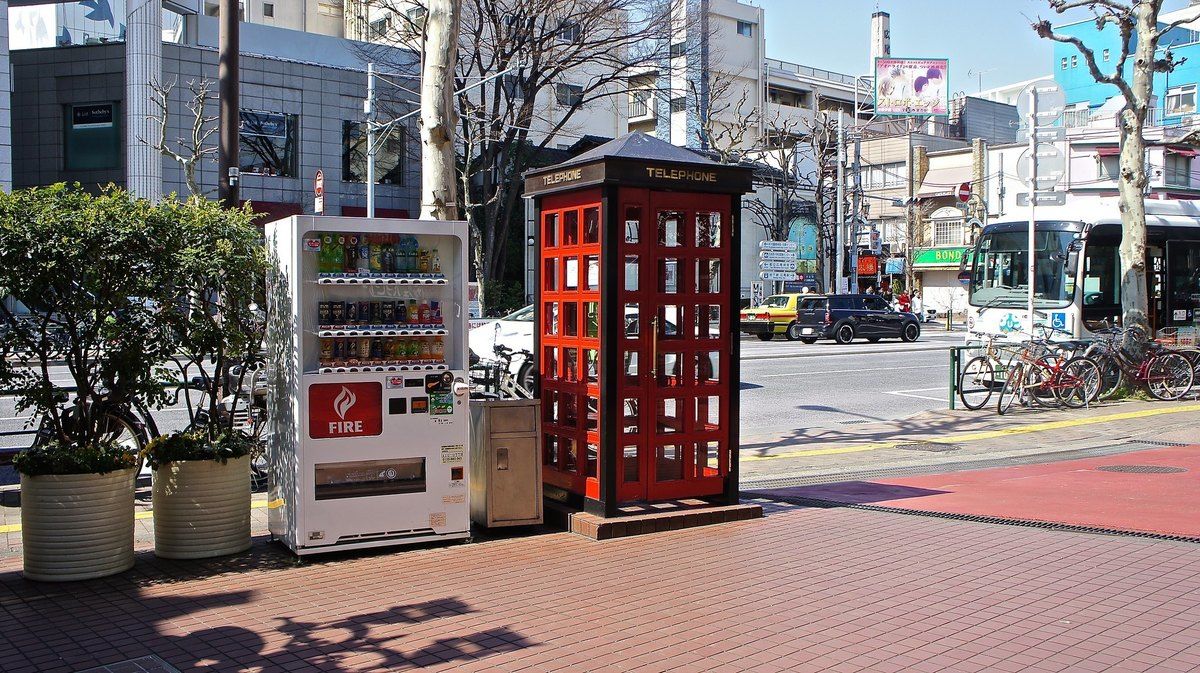 "European Style telephone Box at Hiroo" by Manish Prabhune is licensed under CC 2.0

Hiroo has historically been one of the most popular neighborhoods in Tokyo for the rich to reside. Hiroo borders a number of popular areas like Ebisu, Shibuya, and Roppongi. Japan's Ministry of Land, Infrastructure, and Transport stated that Hiroo had some of the highest land prices in Tokyo in 2017, and today the prices are as high as around ¥1,462,000 ($13,375) per square meter. Rich Tokyoites love this area due to its prime location, which allows for easy access to shopping, recreation, and even education; it’s also home to the prestigious University of the Sacred Heart and the International School of the Sacred Heart. Hiroo Station on the Tokyo Metro Hibiya Line is the closest stop to this neighborhood.

"Shanfu Temple in Azabu Juban" by Rubber Sole is licensed under CC 2.0

Azabu is considered one of the most high-end and expensive neighborhoods in Tokyo; most people could only dream of owning a home here. Azabu, which encompasses sub-areas such as Azabu-Juban and Minamiazabu, is known to be the home of many celebrities and famous artists. On any given occasion you could go out for a night on the town at one of the many social halls, shopping malls or restaurants, and run into TV personalities, artists, and sports stars. If you are thinking of buying a home in the Azabu district, expect to fork out ¥1,334,299 ($12,198) per square meter. To get to Azabu, go to Azabu-Juban Station on the Toei Oedo Line. 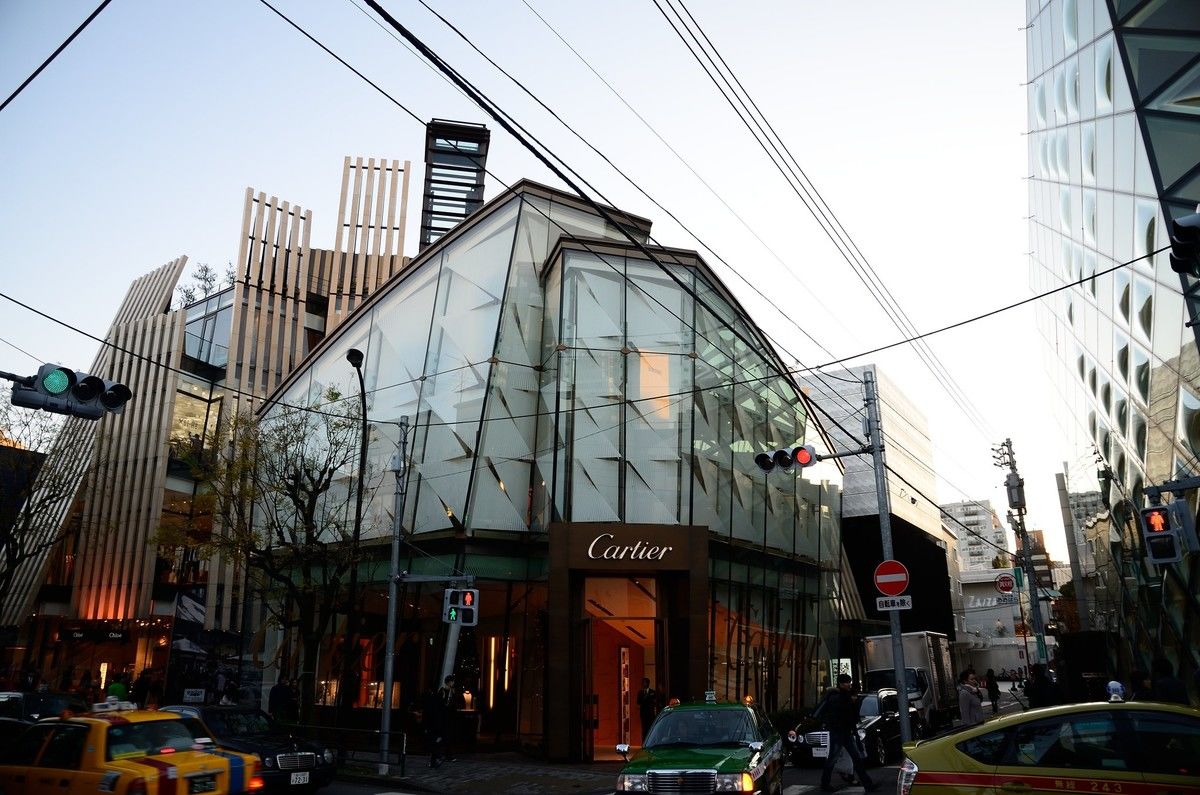 "Cartier Shop in Aoyama" by ykanazawa1999 is licensed under CC 2.0

Without a doubt, Aoyama is one of the wealthiest areas of not just Tokyo, but all of Japan. Located in between Shibuya and Akasaka, Aoyama is home to some of Japan's wealthiest families and most prominent companies, as well as numerous luxury bars, restaurants, and boutiques where the rich frequently shop. If you fancy owning a property in this elite neighborhood, it’ll run you around ¥1,303,168 ($11,914) per square meter. If you're just curious to catch a glimpse of some of Toko's uber-wealthy, you can find this area at Gaienmae Station on the Ginza Line. 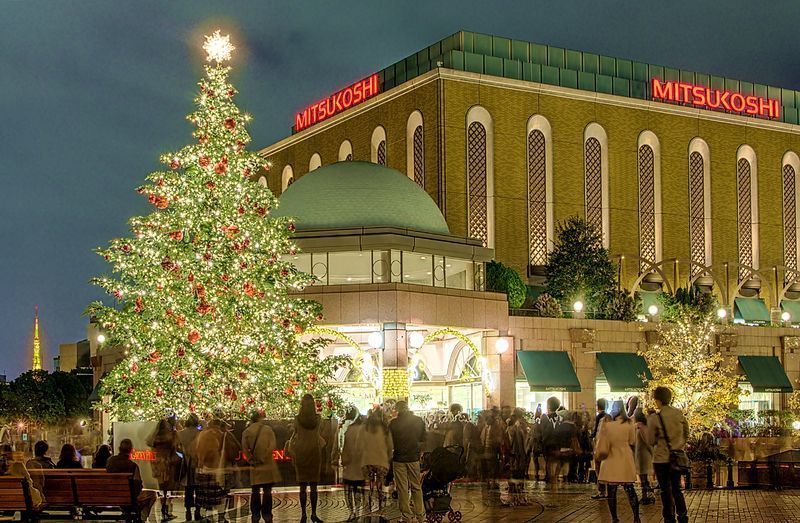 "Ebisu Garden Place" by Kakidai is licensed under CC 4.0

The Ebisu area is full of unique high-end restaurants that attract a staggering number of tourists from all over the globe. It’s home to many Izakayas and Japanese specialty restaurants which cater exclusively to the upper class, so it's no surprise that the wealthy love to own property here—and with the average price in the range of ¥1,044,943 ($9,530) per square meter, they’re probably the only ones who can afford to. If you want to get a glimpse into the lives of Tokyo’s elite after dark, just take the train to Ebisu Station on the Yamanote Line. 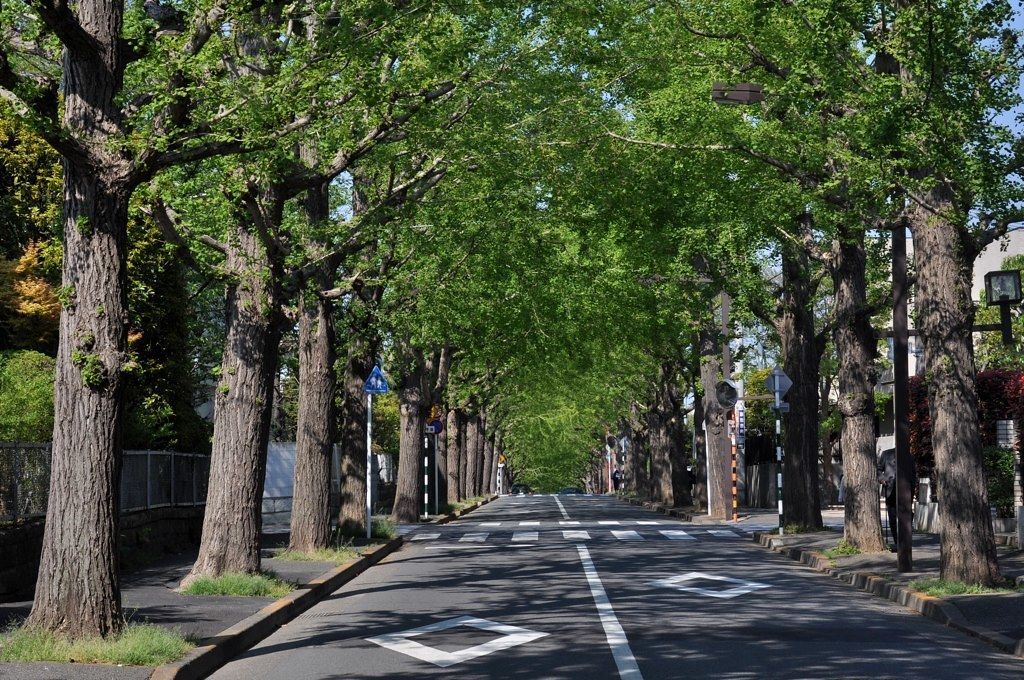 This area was famously designed to resemble the city of London in the United Kingdom. The cozy character of this neighborhood is probably the reason it’s sought after by the wealthy and celebs. It’s also home to top government officials and diplomats looking for a tranquil suburban life away from the more busy metropolitan areas of Tokyo. To buy a home in Denenchofu, expect to pay ¥835,834 ($7,640) per square meter. You can reach this neighborhood by going to Denenchofu Station on the Tokyu Meguro Line. 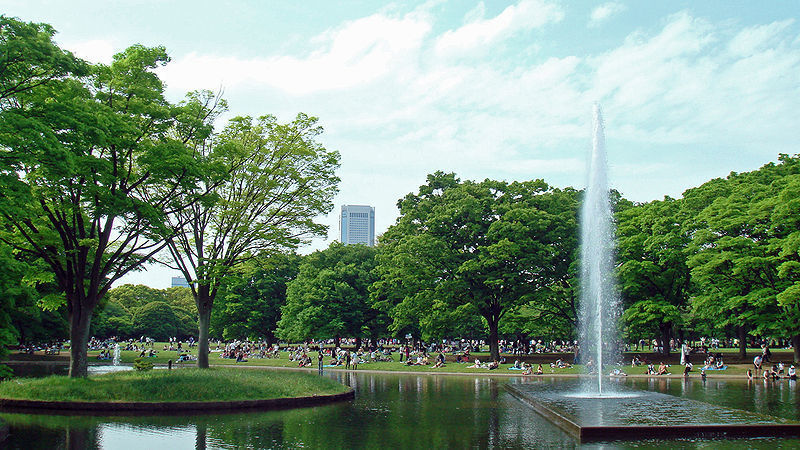 "Fountain of Yoyogi-park" by Shinjiro is licensed under CC 3.0

A quiet, residential neighborhood located between the busy areas of Shinjuku and Shibuya, Yoyogi is also home to what many consider to be one of the best parks in Tokyo, Yoyogi Park. The Yoyogi area is, of course, in high demand by those with cash to spend, as it’s one of the only areas in Tokyo with ample open green space. Studies show that the wealthy like to practice a healthy lifestyle, which might explain the amount of wealthy people living in this area. the average property price will set you back about ¥802,707 ($7,338) per square meter. You can find this gem of a community by heading to Yoyogi Station via the Yamanote Line. 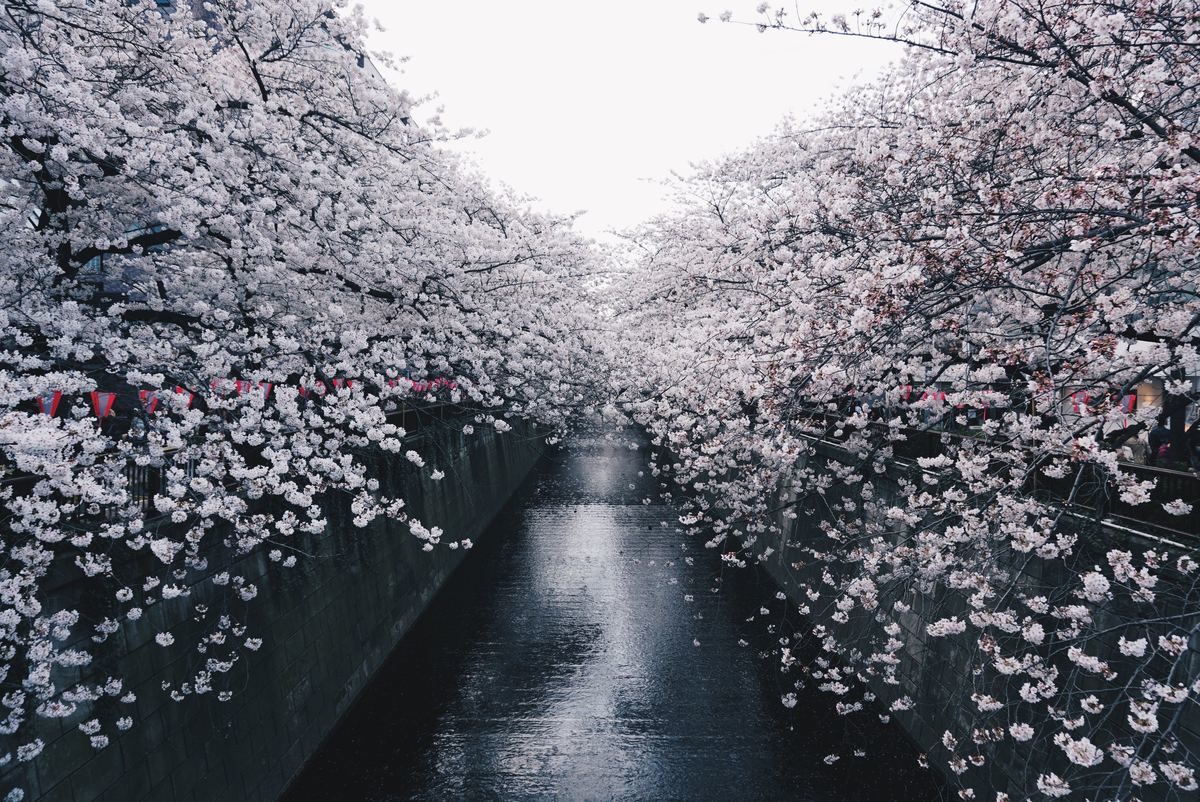 Photo by Finan Akbar on Unsplash

This neighborhood is found along the famous Meguro River, hence the name Nakameguro. It’s renowned for its spectacular cherry blossoms in the spring, and for the many light decorations on display in the winter, both of which attract a large number of tourists to the area. Nakameguro’s popularity with tourists may be part of the reason behind the opening of the world's largest Starbucks in the area. This has, of course, made the area not only a tourist draw but one of the most sought-after locations for the wealthy to hang around as they sip their matcha lattes. To land property in this trendy neighborhood, it will cost you around ¥730,658 ($6,680) per square meter. You can find it by getting off at Nakameguro Station on the Tokyu Toyoko Line.

The above areas are just a few of the many cool suburbs where celebrities and wealthy people live in Tokyo. Even if you can't afford to live in these neighborhoods, you can certainly choose to visit if you want to take a peek at some of Tokyo's super-rich.